back to search results

Wheaton College - Blanchard Hall in the Spring in Colorized Infrared

This is a digital combination of an infrared image and a visible color image. The color picture is used to colorize the infrared image giving a foreign and new perspective of Blanchard Hall. Wheaton College in Wheaton, IL was founded in 1860. Wheaton's "Old Main." Blanchard was built in four sections beginning in 1853 and was completed in 1927. Named for Jonathan Blanchard, the College's founder and first president, and his son, Charles Blanchard, the second president, the building is the oldest and most recognized on campus..The building's castle-like architecture was patterned after buildings at Oxford University which Dr. Jonathan Blanchard admired. It is constructed of native Illinois limestone that was quarried in Batavia, Illinois. 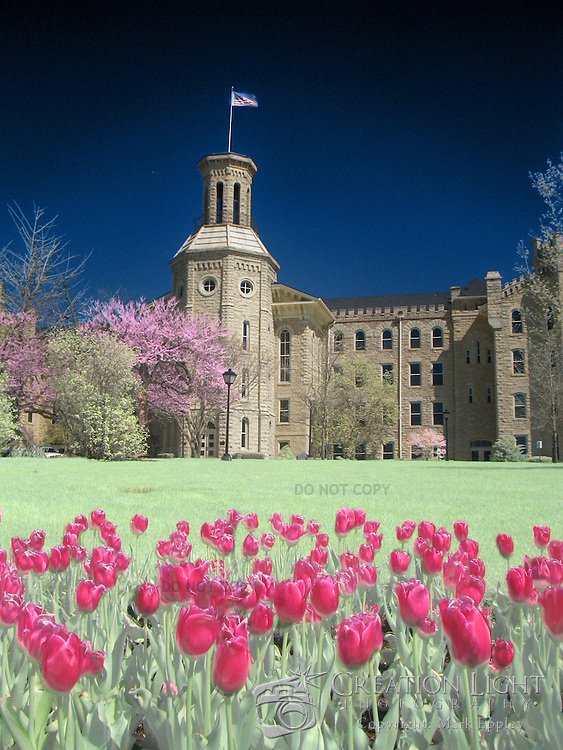